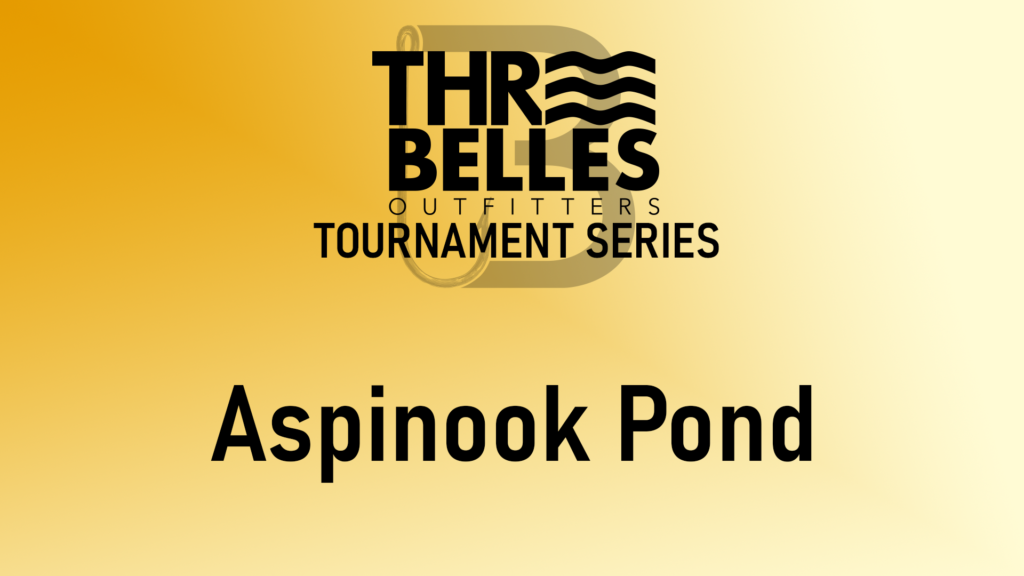 Saturday was an exciting TBOTS regular season ending event on Aspinook Pond.  At 5:20 AM we started our captains meeting with 10 anglers and a trophy on the line.

Leading up to Saturday’s event Shawn Dominik was sitting in first place for Angler of the Year.  With 2 first-place finishes and a second-place finish, Shawn had 1794 points.  He was one win away from a perfect AOY score of 1800 points.

Shawn, however, had some stiff competition right behind him.  Nelson Da Costa was sitting in 2nd place for AOY with a win and two second place finishes.  If Nelson was able to pull off a win on Saturday, he would tie Shawn and force a tie breaker.

At 5:40 the stakes were high, and the anglers set off to find their spots for the 6:00 AM lines in.  The morning bite was there for some, including Shawn who had a quick limit within the first hour and a half.  Nelson, Deryk Artioli, Jay Savely, Robbie Meunier, and Jon Medina were all on the board by 7:30 AM.

As the day went on the bite got more and more difficult for most of the anglers, but not Nelson.  By 8:45 AM Nelson had 73” on the board and was up by over 15” on the next angler.  The bite continued to slow down more and more as the day progressed.

At 2:00 PM, lines were out, and we had a clear winner.  Nelson was able to hold on with a bag of 73” including the lunker bass at 16.5”.  Jay Savely put up a solid fight coming in second with 65”, and Shawn Dominik rounding out our payout positions with 58.75” in third place.

As everyone exited the water and talked, it was time to crunch numbers for AOY.  Nelson’s win tied him with Shawn for AOY points and we needed to go to a tie breaker.  The tie breaker was the total combined length of their 4 best events.  Which ever angler had the most inches would be our angler of the year.

Nelson is officially the 2022 Three Belles Outfitters Tournament Series Angler of the Year!

Our championship event will be on 9/25 at Gardner Lake.  All TBOTS Live Series Members are qualified for the championship provided they fished one regular season event.

Thank you to everyone who participated in our first tournament season.  We are excited to start planning next years events!