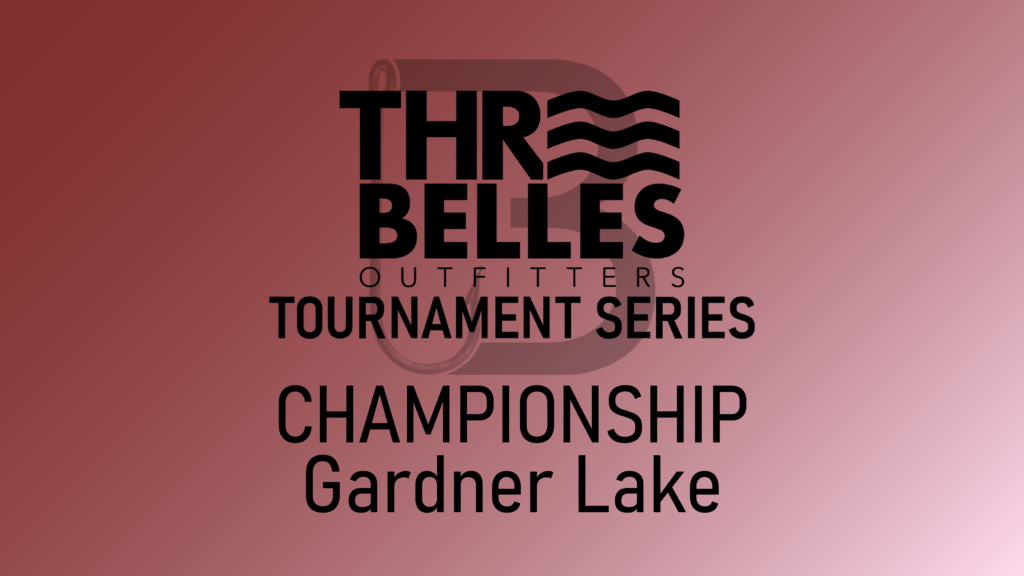 Sunday September 25th was the Three Belles Outfitters Tournament Series Championship on Gardner Lake.  Leading up to the event there were concerns about the weather, with a forecasted potential for rain and high winds.

Despite the forecast, the day started off on a positive note.  While we all shivered at the launch prepping our kayaks, Shawn Dominik got to work on the grill.  Shawn cooked everyone egg sandwiches and even had fresh coffee brewing.

At 5:40 we launched in the dark with air temperatures sitting below 60 degrees.  6:00 lines were in, and the next 8 hours were a grind.  Many anglers were finding a bite, but it wasn’t the bass they were searching for.  Pickerel after pickerel were hammering baits.  As the sun came up, the wind started to pick up.

The leader board would proceed to bounce around for the next few hours with Robbie Meunier, Jonathan Medina, and Shawn Dominik continually swapping places.  At 10:30 Theodore Douglas was sitting in first for the lunker with a 16.75” large mouth.

With an hour and a half left in the day, Nelson Da Costa was sitting in 6th place with only two bass on the board.  Nelson took a gamble and moved to a new area, hoping to find a few fish.  To say he found fish was an understatement.

As he moved into the shallows, Nelson found several bass, including at 19.5” large mouth which would rocket him into the top 3.  The race was close between Nelson and Robbie – one more fish over 10” for Da Costa would put him into 1st place.  Robbie was sitting nicely in first at the time with a limit of 72.5”, his largest bass being 16”

With a newfound bit of confidence Da Costa was able to find that bass – putting up a 12.25” large mouth to secure first place with 20 minutes left to go in the day.

With the inaugural season ending, we had a small awards ceremony for all of our anglers who participated this season.  Jonathan Medina was the winner of our custom Kayak Kushion raffle.  Shawn Dominik received two framed posters for his wins on Mansfield Hollow and Middle / Lower Bolton.  Nelson Da Costa weighed down his truck for the ride home with his awards for the season.  Finishing out an incredible regular season he took home framed posters for Pattagansett and Aspinook while also taking home his Angler of the Year trophy.  For the championship event he took home yet another framed poster and a trophy as well.

As we wrap up the 2022 season, we begin to plan for 2023.  Next year we are excited to have more anglers with us throughout the season and to fish some larger bodies of water.