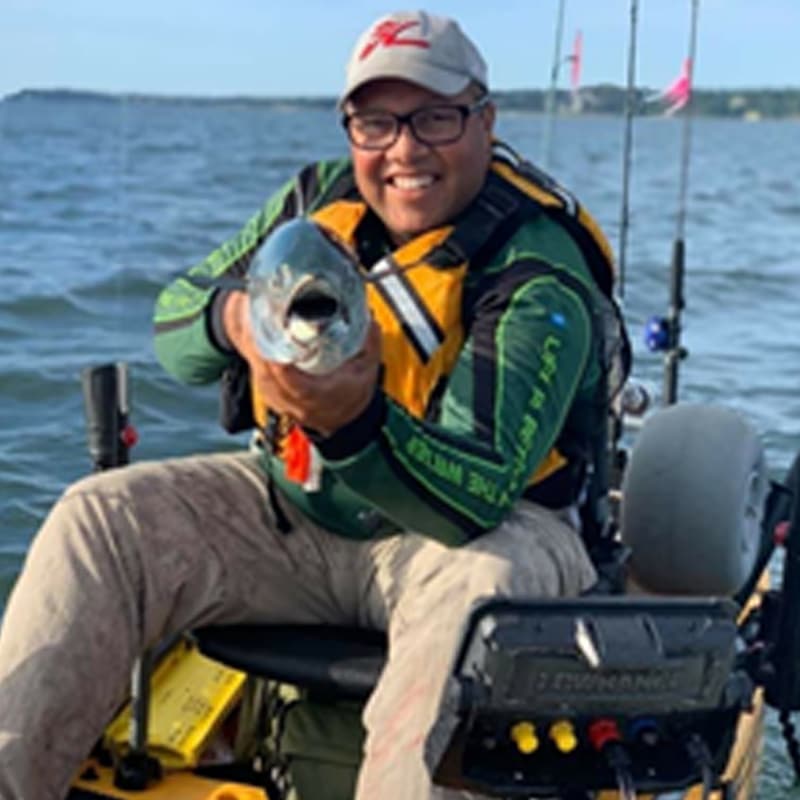 Q: HOW LONG HAVE YOU BEEN FISHING?

A: Ever since I was a little kid

Q: WHAT KIND OF KAYAK DO YOU USE?

Q: WHAT GOT YOU INTO KAYAK FISHING?

A: Watching guys on Hobie Kayaks out fish me

Q: WHAT IS YOUR GREATEST ACHIEVEMENT?

2nd place in the 2016 Fluke Til Ya Puke kayak division.

1st place in the fluke Til Ya puke fishing kayak tournament.

4th place in the Battle of the Housatonic kayak fishing tournament

Q: WHAT WAS YOUR MOST MEMORABLE CATCH?

A: Winning Dee’s Bait & Tackle 2nd annual blackfish tournament with 2 minutes left to weigh in. I really felt bad for the guy that was in second place. He though he had won it all

Q: IF YOU COULD CATCH ANY FISH OUT OF A KAYAK WHAT WOULD IT BE?

A: Yellow fin tuna,  Bow fishish, Sturgeon and a Cobia

Q: WHO HAS BEEN YOUR GREATEST MENTOR IN FISHING?

A: Friends,family and my fishing team we all learn from each other.

Q: WHAT ARE YOUR ACCOMPLISHMENTS AND WHAT DO YOU PLAN FOR THE FUTURE?